Ukraine’s servicemen evacuated from the besieged Azovstal steel plant arrived late on Monday in Novoazovsk, a Reuters witness said. Some of the evacuees were carried out of the buses on stretchers, the witness said. Novoazovsk is now under the control of Russia-backed separatists who have held parts of eastern Ukraine since 2014. (Reporting in Melbourne … Read more 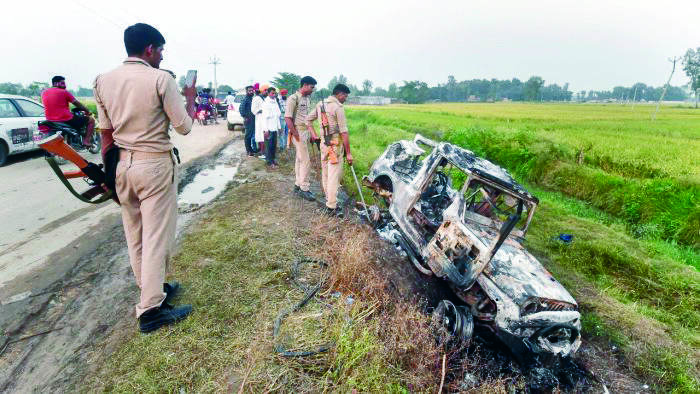 Lucknow: Another key witness in the Lakhimpur Kheri incident, in which eight people lost their lives, was allegedly attacked on Sunday at Bilaspur in Rampur district of Uttar Pradesh. Hardeep Singh, 35, alleged that Mehar Singh Dayol, district general secretary of the Bharatiya Janata Party (BJP), and Saranbjeet Singh, along with three others, had allegedly hit him … Read more