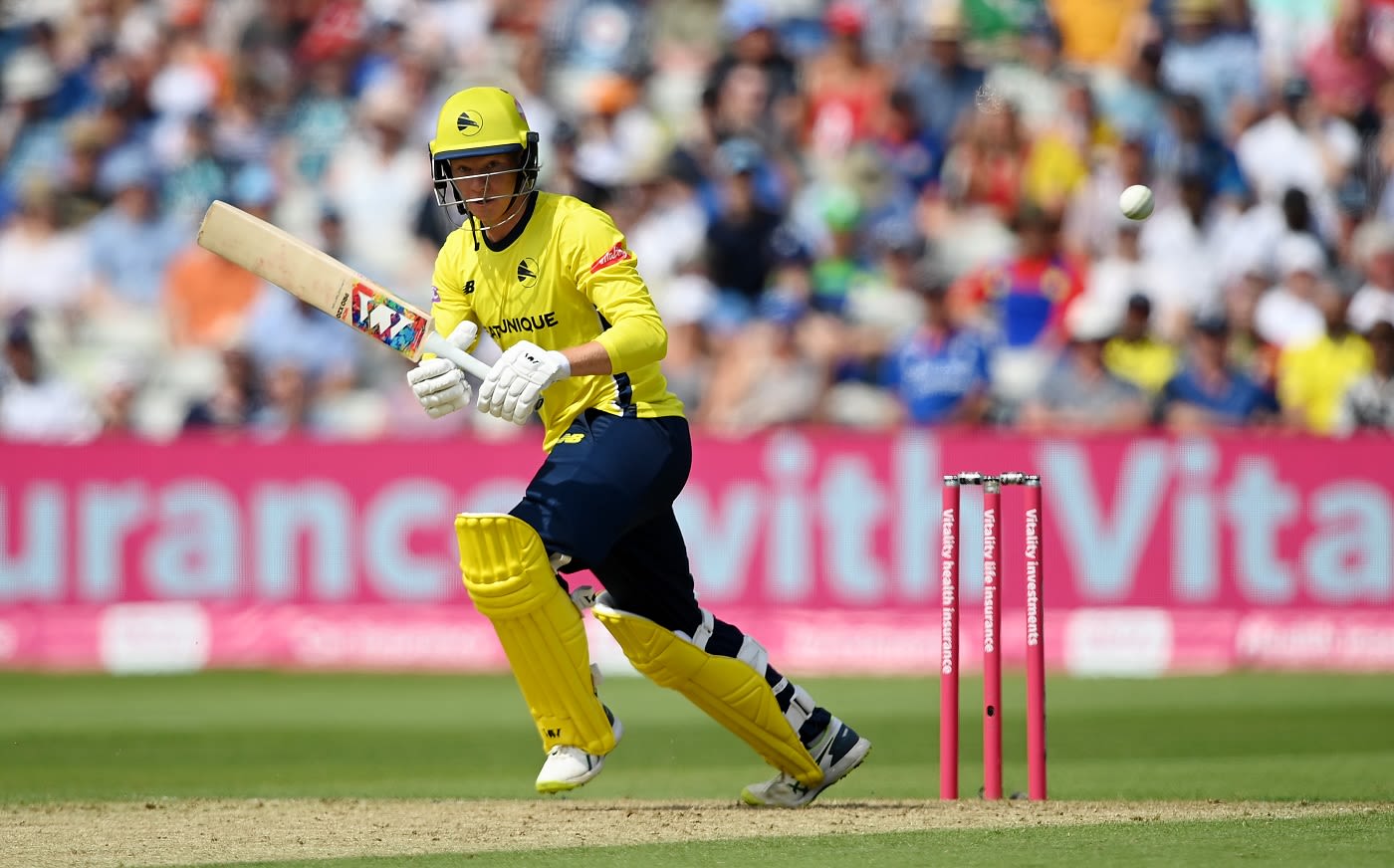 
Tom Prest put his personal development over the glitz and glamour of the Hundred and the decision has already paid dividends for him and Hampshire.

Prest didn’t put his name in the hat for the Hundred draft earlier this year despite his stock being sky-high after an impressive breakthrough 2021 and his exploits captaining England to the Under-19 World Cup final during the winter.

Rehan Ahmed and Jacob Bethell, two of his team-mates from that tournament, both picked up lucrative Hundred contracts, suggesting Prest would have stood a good chance of a deal.
Instead of risking a month of carrying drinks and sitting on the periphery, the 19-year-old committed himself to Hampshire’s Royal London Cup campaign. It has seen him score 402 runs, including a blistering 181 against Kent, to lead Hampshire’s run-scoring on their march to the semi-finals.

“I felt, being 19, that there is a lot of time,” said Prest when explaining his rationale for leaving himself out the Hundred and the potential for at least a £30,000 contract. “I didn’t want to get caught up in all that stuff coming out of the Under-19 World Cup. I just wanted to play for Hampshire as much as I could this year and gain the experience of playing.

“There was no guarantee that I would have been picked up, but hypothetically, if I had, then I probably wouldn’t have started in the team. It would be a great experience playing in the Hundred or even being a part of the squad because you can pick so many great players’ and coaches’ brains.

“But I just wanted to be playing at the moment and we have done very well as a side. Personally, it has also gone quite well.

“It might have been naïve to have turned down a potential opportunity, but if my career goes the way that I want it to, then there should be more opportunities in the future for franchise cricket when I am more ready for them. Hopefully, I’ll also be a better player for it.”

Hampshire are pushing hard for the domestic treble•Getty Images

Prest sprung to attention last year when he struck a triple century for the Second XI on the same day he sat his Geography A-Level exam. That summer saw him make his professional debuts in all three formats, but it was during this season’s Vitality Blast where he scored three fifties on course to a winner’s medal that has turned him into a crucial member of Hampshire’s squad.

“Having the experience of last year of playing in the T20s and then the 50-over stuff was a great learning experience,” he said. “Coming back into the county season after my winter with England Under-19s has been good and I’ve been really pleased with how it has gone.

“To do what I have done this year and get a few good scores has been very good for my confidence. It has been pleasing to give the club something back after putting confidence in me.”

Prest has made himself an automatic pick in both white-ball formats but still harbours strong ambitions to be a part of Hampshire’s LV= Insurance County Championship side. The only problem is finding a position in a team which is currently second in Division One.

Prest, who can open or bat in the middle order and adds some useful offspin, said: “We have been competing for the Championship this season and so it is obviously going to be one of the hardest teams to get into.

“It is a good challenge to get into that team over the next few years. I would be really proud of that and something I am really looking forward to trying to do soon.”

Hampshire – who only lost one group stage game – face Kent at the Ageas Bowl on Tuesday and Prest is hoping to pass on his big-game know-how to his less-experienced team-mates.

Prest has been involved in two Vitality Blast Finals Days – one semi-final defeat, one victory – as well as being pivotal to getting Hampshire over the line in close games already during the Royal London Cup.

“The two Finals Days I’ve been at couldn’t have gone any different,” said Prest. “Losing in the semi in 2021 and then to win the competition this year means I’ve seen both sides of it and that can only help.

“One of the big things said before those Finals Days and the quarter-finals was not to try to do anything extraordinary, just do ordinary things very well. That resonated a lot with me. “We’ve had a lot of close games this summer and that is only going to hold us in good stead for the semi-final and hopefully the final.

“It is a great feeling around the club at the moment. We won 13 games on the bounce before losing to Glamorgan but then bounced back to win the last two to top the group.

“That kind of shows the good space we are in as a club and how confident everyone is. Everyone talks about how winning becomes a habit and for us that has gone through to three different formats.”