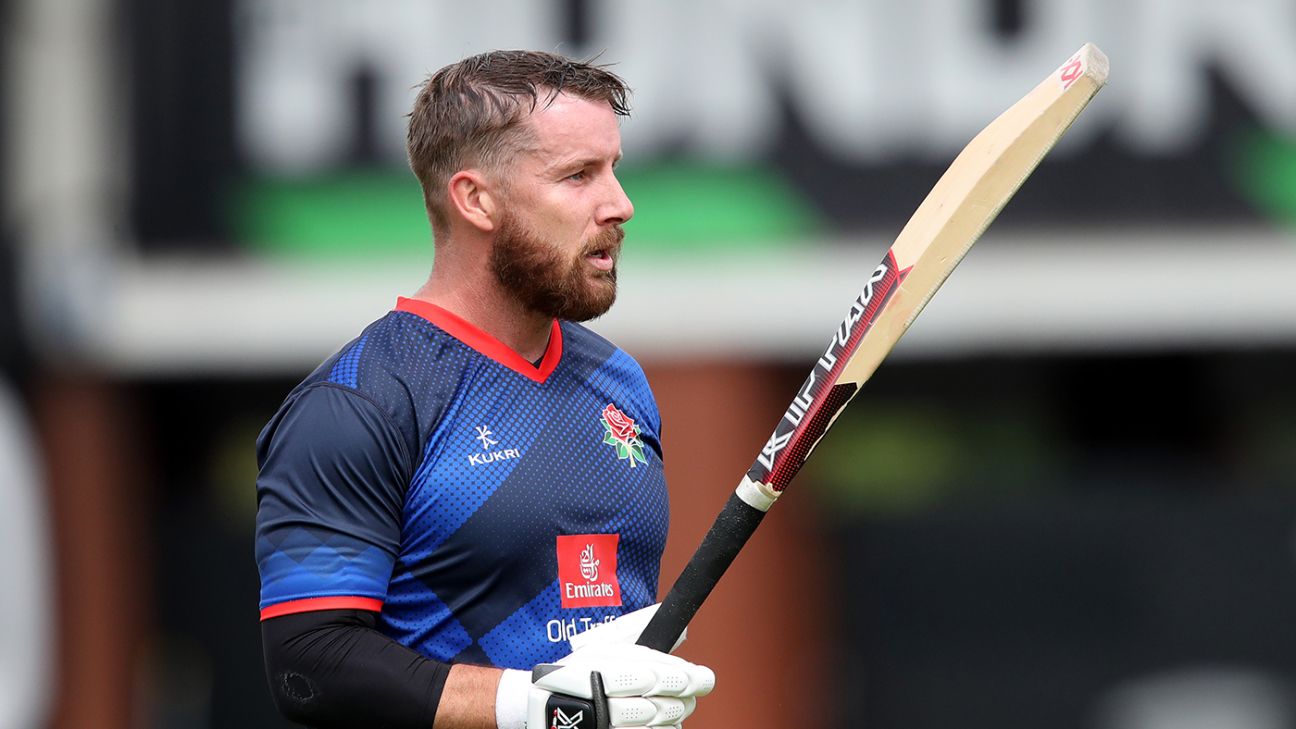 
Steven Croft already ranks this summer as one of his career highlights – but now he wants to cement that feeling by helping Lancashire complete the job and claim the Royal London Cup title.

Croft has enjoyed a stunning campaign across all formats, the 37-year-old batting allrounder sailing beyond the 1,500-run mark with three centuries.

It has all come after he started 2022 thinking that it could be his last season and unsure as to how much he would play. But things look very different now.

He has helped put the county in contention to win the LV= Insurance County Championship title – though they are outsiders behind Surrey and Hampshire – and contributed to their run to the Vitality Blast final.

His efforts also mean the Red Rose are just two wins from one-day silverware, with them preparing for a Royal London Cup semi-final against Sussex at Hove on Tuesday.

A Blackpool native, he was making his 600th all-format career appearance, and Lancashire’s chase of 339 was by no means a straightforward one. But Croft held his nerve expertly with help from fellow allrounder Danny Lamb.

“This season has been a massive highlight,” he said. “From the winter and not knowing whether I’d play, to getting in the side and then aiming to stay in the side, I’ve just wanted to have some fun.

“At my age, you don’t know when your last is going to be. But I’ve just got that mindset of, ‘Just go out and enjoy the game’. It seems to be working, and hopefully it will do for a bit longer yet.”

Croft is chasing his third career title with the Red Rose, following the Championship in 2011 and the Blast in 2015, the latter when he was captain. He grew up idolising the teams which won eight List A trophies through the 1990s, the county’s famous ‘Kings of One-Day Cricket’ era.

“Growing up as a Lancashire fan, a young Lancashire cricketer, you always want to win the One-Day Cup,” he said. “All those wins 30 years ago now are what has made this club what it is, and those successes put Lancashire on the map in many ways. We haven’t won a trophy since 2015, and it would be nice to get one in.”

Croft’s own legacy includes bringing on the next generation of Lancashire players, such as George Balderson, George Lavelle and Jack Morley.

“It puts the club in a good light to know that we’ve lost that many players to the Hundred and we can still compete and get through to a semi-final,” he said. “It’s been really nice to play a part in the development of these guys, seeing them come up through the Academy and come into the first-team environment with confidence.

“It’s great to be on the field and share these experiences with lads like that, and it was great to see someone like Balders get his first hundred at Kent last week.

“But the performances have been shared around. We’ve had people showing up with ball in hand and with the bat, so everyone’s going to go into that semi-final with a huge amount of confidence knowing that at some point they’ve put their hand up.”

Lancashire face a Sussex side who finished top of the South Group, and in Croft’s second season, 2006, Sussex beat Lancashire in the C&G Trophy final at Lord’s. But Lancashire have won two more recent Blast quarter-finals against Sussex at Hove, in 2011 and 2020.

“They’re obviously a team in form who we can’t take lightly,” said Croft. “But we go into it with massive confidence. We’ve only lost two games all competition, and they were two very tight games.

“We’ve played some great cricket, and hopefully we can keep that going. We’ve also played one game more than them, which will be a nice bit of momentum. When you play in a great game and get a good win like we did [against Notts], you take a lot of confidence from it.”