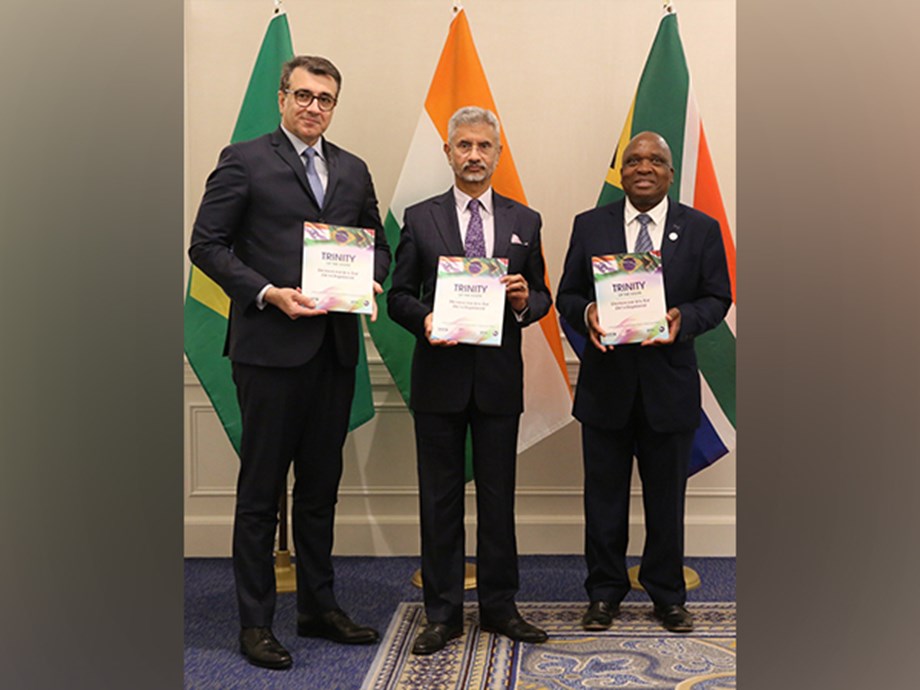 
The Ministers participating in the India-Brazil-South Africa Trilateral Cooperative Forum (IBSA) held discussions on several global and regional issues, including cooperation in multilateral organizations, UNSC reform, climate change and the Ukraine situation. On the sidelines of the 77th United Nations General Assembly, India hosted the 10th Ministerial Commission of Foreign Ministers of the IBSA.

External Affairs Minister S Jaishankar chaired the meeting on September 21. As per the ministry, the Ministers reviewed the entire gamut of IBSA cooperation. They welcomed new initiatives within IBSA, such as the inaugural meeting of the IBSA National Security Advisors, the launch of cooperation amongst the Development Cooperation Agencies in the form of IBSA Working Group on International/Trilateral Development Partnerships and the inaugural IBSA Senior Officials Meeting on Traditional Medicines.

IBSA exemplifies the spirit of South-South cooperation. The IBSA Fund is a special feature of the IBSA collaboration. It has since its inception, allocated over USD44 million, supporting 39 South-South cooperation development projects in 35 partner countries, the majority being Least Developed Countries. The Ministers also noted the upcoming G20 Presidencies of India and Brazil in 2023 and 2024, as useful opportunities to cooperate and steer the G20 Agenda and work with a developmental perspective, the MEA said.

Meanwhile, Jaishankar, on day 3 interacted with his counterparts of four countries. He met with his Estonia counterpart Urmas Reinsalu, Norway Foreign Minister Anniken Huitfeldt, Bolivia’s Foreign Minister Rogelio Mayta and UK Foreign Secretary James Cleverly. Jaishankar will address world leaders at the General Assembly on Saturday, after which he will leave for Washington and a meeting with US Secretary of State Antony Blinken. (ANI)