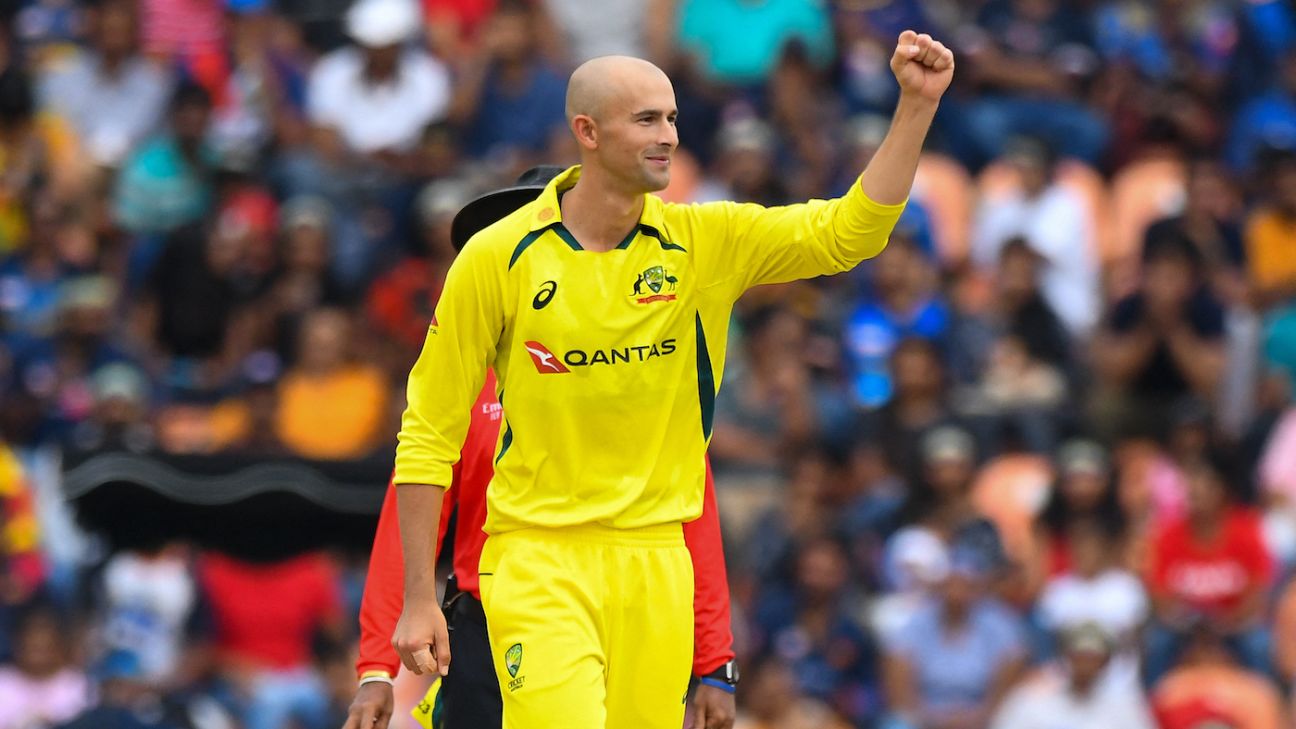 
TossAustralia chose to bowl vs Zimbabwe

Australia have recalled left-arm spinner Ashton Agar in place of the injured Mitchell Marsh and Zimbabwe have been able to bring back the experienced Sean Williams after he missed the opening game in Townsville.

Marsh was ruled out of the rest of the ODIs against Zimbabwe and New Zealand with a minor ankle niggle as the upcoming T20 World Cup was prioritised. Josh Inglis has been added to the squad, but Australia opted for a bowling allrounder in Agar who will also give them an extra spin option on a surface that gripped on Sunday.

Cameron Green has been elevated from No. 8 to No. 6 in Marsh’s absence.

Williams suffered a blow to the elbow the day before the first match but has recovered to add to depth to Zimbabwe’s batting and bowling. He comes in for seamer Victor Nyauchi as Zimbabwe also bolster their spin department.

They will again need to set a target after Aaron Finch took the opportunity to exploit any early moisture.