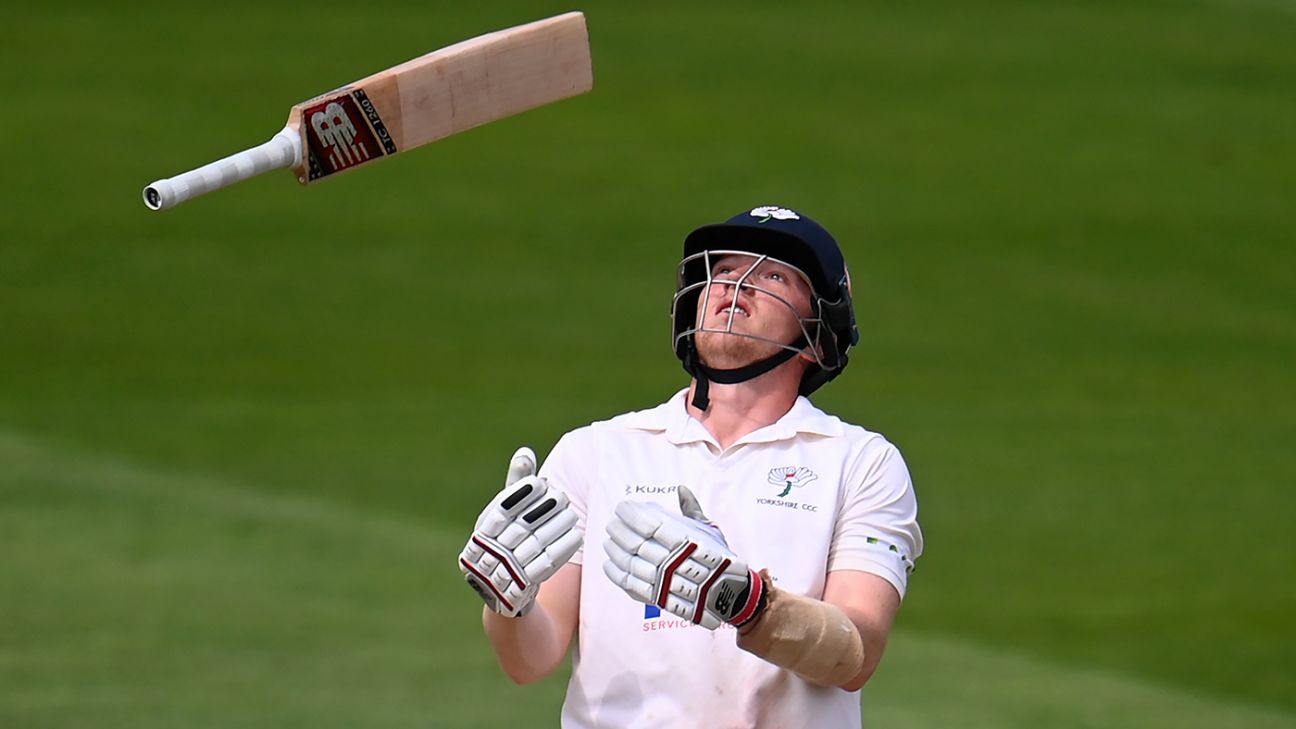 Yorkshire cricket has been hit by an uncoordinated pincer movement this year and its consequences were painfully plain at Scarborough today.

From one side, the county has been deserted by those who were appalled by the Azeem Rafiq affair and wanted nothing to do with a club they saw as top-to-toe racist. From the other, there were those who agreed there had been obvious misconduct at Yorkshire but left because they saw last December’s sacking of 16 employees, some of them well-respected coaches and physios, as unfair, a conclusion with which an employment judge recently agreed.

One of the results of this haemorrhage of members could be seen in the long rows of unoccupied wooden seats at North Marine Road. Only 2,254 souls watched Yorkshire collapse to 33 for 6 this morning before recovering later, and while that sort of figure is still excellent by many counties’ standards, this is Scarborough, a place of annual communion. It was routine for the ground’s huge stands to be filled by some 5,000 spectators before Covid – another factor in the reduced attendance, of course.

So for all that one admired Mohammad Abbas‘ opening spell of 9-5-7-3 or Kyle Abbott‘s willingness to bowl the attacking length that would see four Yorkshire batters perish to slip catches, it was also pleasing to see the faith of the spectators at the Peasholm Park End rewarded during the afternoon when Will Fraine and Dom Bess put on 116 for the seventh wicket. Both men played with a freedom that would have seemed alien to Yorkshire’s struggles in the morning and both deserved their chunks of luck.

That said, it will need vastly more than one fine stand to restore the fortunes of a side that has won only one of its nine four-day games this season. And it will take more than one year of reconstruction to heal this self-wounded club. To a degree, the dilemma for Yorkshire members reflects that put forward by the political economist, Albert O. Hirschman in his influential book, Exit, Voice or Loyalty. Should members of an organisation leave it if they disapprove of its behaviour? Or should they speak out and try to change it? And what is the interplay between those possible courses of action and the essential loyalty which is so powerful a force in sports clubs?

That essential fidelity was plain in the two hours after lunch when Fraine and Bess took advantage of the ageing ball and the lighter air to attack James Vince’s bowlers. Runs came like water from a fractured pipe and neither Ian Holland nor James Fuller could control the flow.

The first suggestion of this came in the opening over of the afternoon session, when Fraine’s two fours off Holland, one driven on the off side, one punched, seemed a counterpoint to the hesitant half-strokes we had seen during the morning. In that period just two of Yorkshire first 25 runs had been scores in front of square. At lunch Fraine’s six runs had been scored in 84 minutes off 59 balls; in the afternoon his on-drive off Abbas brought a roar of approval from those whose voices were used to express their loyalty.

At the other end, Bess was wristier, punching the seamers through square leg or manufacturing five fours through an arc of slips that Vince was at times forced to weaken. But when heavy rain arrived at tea and did not relent, Hampshire’s captain could relax that his side hold the advantage thanks to the best seam attack in the country.

After opting to bat on a pitch that offered early help to accurate seamers, Steve Patterson saw his top order struggle from the first over. George Hill was leg before to his first delivery when Keith Barker brought one back off the seam. Adam Lyth tried to take his bat away from Abbas’ fourth ball of the morning but only played on. Tom Kohler-Cadmore was pinned in front when he failed to cope with Abbas’ late swing.

The clouds lowered and the crisis deepened. At one stage it seemed likely Yorkshire could be bowled out for less than a hundred. Matthew Waite drove too firmly at Abbott and was caught by Joe Weatherley; Matthew Revis was delighted to drive a boundary through the covers, only to be blamelessly dismissed two balls later when his forward defensive shot edged a catch to Holland.

Late in the morning session, the only county having a worse time of it was Derbyshire, who were collapsing to Dillon Pennington at New Road. But knowing they are not doing quite as badly as Derbyshire has rarely been regarded as a barometer of success in these parts. Nonetheless, a brief shower and an early lunch were greeted with relief, albeit nothing comparable to the glee fostered by Fraine and Bess’ strokeplay.

Even then, though, Abbott’s disciplined aggression earned the day’s final rewards: four overs before tea, Fraine looked to pull the seamer but only gloved a one-handed catch to Weatherley; then Bess having made 67 off 105 balls nicked a defensive push to Liam Dawson.

Tomorrow morning Jordan Thompson and Steve Patterson, loyalists to their marrow, will look to rebuild their side’s innings. Reconstructing the heart and soul of this still-damaged club will take far longer.

Paul Edwards is a freelance cricket writer. He has written for the Times, ESPNcricinfo, Wisden, Southport Visiter and other publications