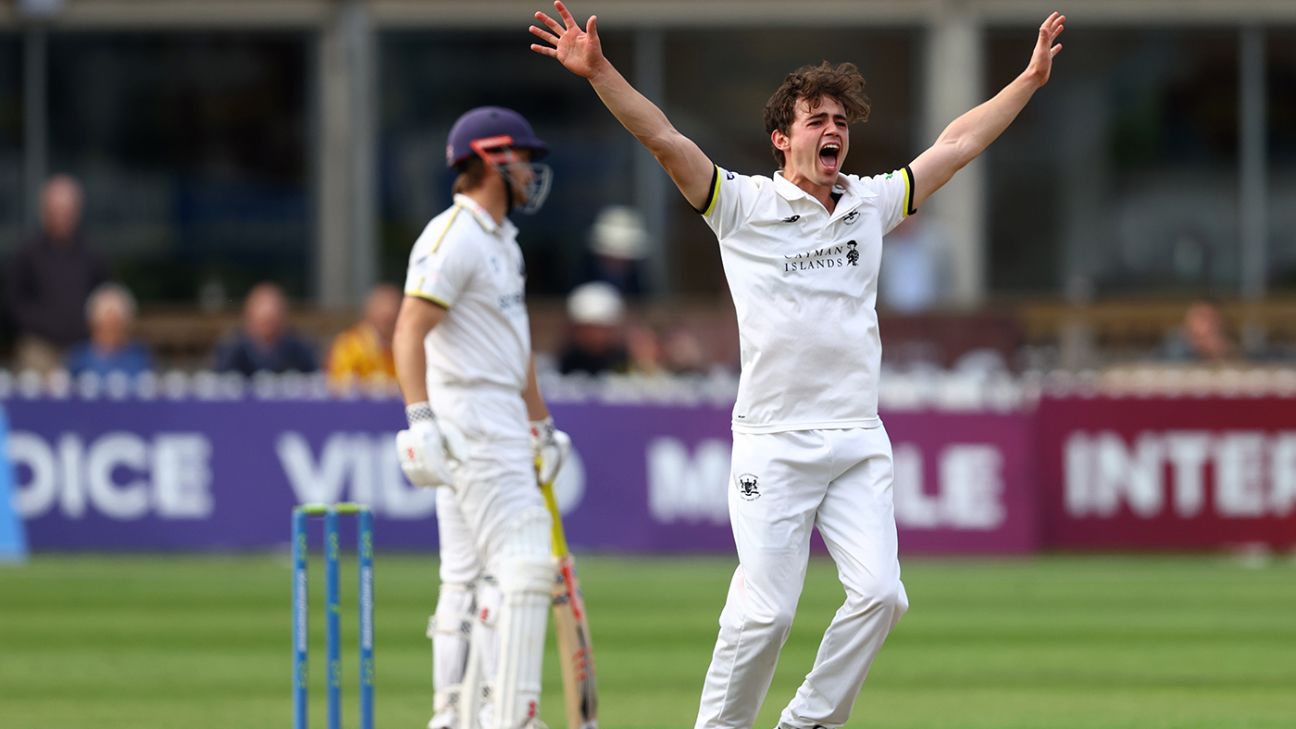 For much of this match Gloucestershire revealed many of the vulnerabilities expected from a side rooted to the foot of the Division One table. But they have their victory now to sustain them throughout the winter months, one gained from a tense last day of cricket at Bristol this summer, and it means that the likelihood of Warwickshire’s relegation has grown all the stronger.

Tom Price‘s inspired return of 8 for 27 – the best analysis in the Championship this season – set up Gloucestershire’s three-wicket victory by keeping their pursuit of 148 to manageable proportions. A few runs more and the scene would surely have been set for the beguiling offspin of Jayant Yadav, who was a constant danger on a turning pitch and who was unfortunate not to add to his four wickets.

But Price will also reflect on a single, vital moment with the bat at a time when there were so many minor tremors around the ground one imagined that a fracking licence had already been sanctioned on Ashley Down Road. With seven needed, three wickets remaining, and Yadav having just taken three for 8 in 16 balls, Price gambled on a lofted blow over deep mid-off against the slow left-armer, Danny Briggs, and the ball hopped over the boundary on the third bounce.

Zafar Gohar on-drove Yadav for the winning hit in the following over to bring general delight on one of county cricket’s most convivial grounds. Yadav had proclaimed upon his arrival: “I think everyone expects results and I’m here to deliver results” and with 9 for 137 in the match he had done his utmost. But his fellow Indian, the pace bowler, Mohammed Siraj, who had also been brought in on a short-term contract, was absent at Bristol and it cost Warwickshire dear.

Defeat leaves Warwickshire’s First Division survival out of their hands. They must beat Hampshire at Edgbaston next week and hope that one of their relegation rivals is badly beaten. Their attention will rarely stray from events at Canterbury, where Kent meet Somerset (who might also be involved in the shake-up if they fail to beat Northamptonshire in their current match at Taunton), and Headingley where Yorkshire, who have lost five of their last seven, face Gloucestershire.

When Gloucestershire lost four for 30 against the new ball, a Warwickshire victory looked eminently possible. Oliver Hannon-Dalby had Ben Charlesworth caught at second slip – a weak drive against a wide ball – and removed Ollie Price (Tom’s brother) at first slip with a lifter, but the onus was on the spin bowlers to win the match and they were unable to oblige.

Yadav posed the most threat. For all the smooth simplicity of his action, he is an attacking spinner with the ability to turn the ball sharply. Briggs is considerably more conservative, flatter and rarely a big spinner of the ball, a product of his age. Both had an early success. Yadav dispensed with Miles Hammond for a third-ball duck at gully. James Bracey left in aggrieved fashion as his slog sweep at Briggs appeared to deflect off his forearm, but it was an uncontrolled stroke for a player yet to score.

Graeme van Buuren and Chris Dent addressed the situation in enterprising fashion, taking charge of the chase with a stand of 97 in 23 overs. Briggs welcomed van Buuren with a full toss and long hop, both gratefully punished. He is a stocky, punchy strokeplayer, strong on the back foot, but he also left Yadav wringing his hand with a firm drive back at him. Dent was sustained by the cut shot.

With 15 needed, the match was in Gloucestershire’s grasp, only for Yadav to intervene. A full ball had van Buuren lbw on the sweep, Jack Taylor holed out as he tried to clear deep midwicket, and Dent’s cut for once malfunctioned, the ball too close to him as he was caught at the wicket. Tom Price defended a little nervously, his blow against Briggs coming when least expected.

Warwickshire, 58 for 5 overnight, had advanced to 128 before they were bowled out inside 39 overs as lunch approached. Paul Farbrace, their departing director of cricket, had identified a target of 150 as something that would make the game interesting; they managed 148.

Gloucestershire’s unpenetrating seam attack had been a prime cause in their failure to win a Championship match. But in Tom Price, they had a tousle-haired, bustling seam bowler at the height of his game. Match figures of 10 for 73 gave him the first ten-wicket haul of a career still in its infancy. He struck the seam regularly and found a degree of movement that was unmatched by any other pace bowler in the game. He will bring Gloucestershire hope as they seek to reassemble a more competitive pace attack back in Division Two.

Price had 4 for 20 overnight and he kick-started Gloucestershire in an introductory five-over spell. He seamed one away from the left-handed Jacob Bethell for Dent to hold a low chance at third slip and, in his next over, again found considerable movement to bowl Briggs through the gate.

Alex Davies, who had made 41 of Warwickshire’s 58 the previous evening, was starved of strike, and eventual fell lbw for 60 when Gohar tossed the ball high and flicked the pad before Davies dug out the yorker.

He had found a willing accomplice in Henry Brookes, who clumped 32 from 532 balls, treating Singh Dale to some robust leg-side blows, but Brookes departed in the following over as Price returned to squeeze a ball between bat and pad and win a marginal decision for a catch at the wicket. Another big nip-backer, this time to Ryan Sidebottom, finished off the innings.

On this evidence, Price could make an extremely good county pro, a man to bring pleasure for the Gloucestershire faithful for many years to come. Life is not solely about those who gain a mention in ECB high-performance seminars. Or at least it shouldn’t be.