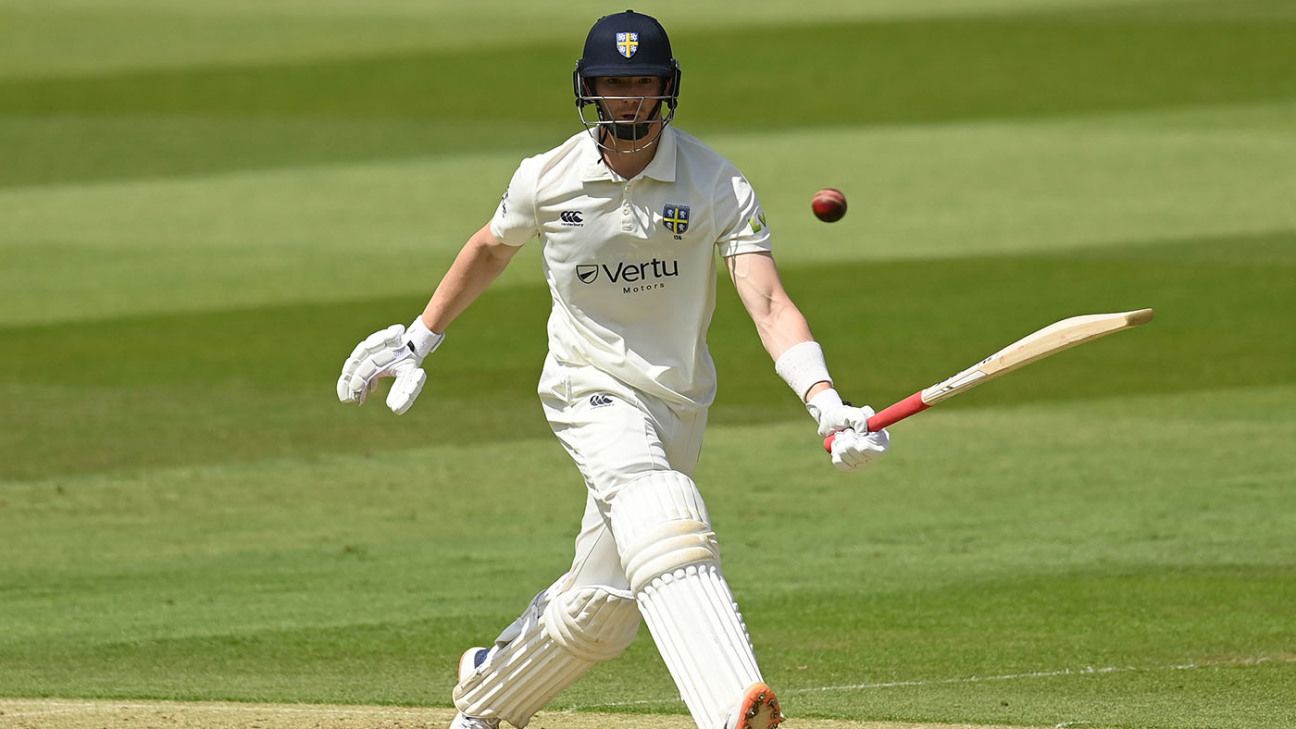 Durham scored runs with ease at Seat Unique Riverside before taking three quick wickets to leave Sussex staring at an innings defeat by stumps on day two in their County Championship match.

In blue-sky conditions, Scott Borthwick wasted no time in pushing Durham forward, as he and Michael Jones reached their half-centuries before lunch as the hosts wiped out the remaining deficit.

James Coles struck shortly after lunch, removing Borthwick lbw for a fast-paced 82, before Jones was caught down the legside by debutant keeper Charlie Tear four short of a century.

Nic Maddinson added fifty partnerships with David Bedingham and Chris Benjamin before he chopped on for 90 off Faheem Ashraf as Durham pushed towards a declaration.

Bad light played its part again as the teams left the field just before 5pm with Durham just short of maximum batting points, but they returned shortly after to gain the final batting point and declare with a lead of 297.

Durham then turned the screws as Ali Orr was run out due to a mix-up with Tom Haines, before Ben Raine removed Tom Alsop and Tom Clark for ducks. Bad light ended play early again to leave Sussex 6 for 3, still 291 behind.