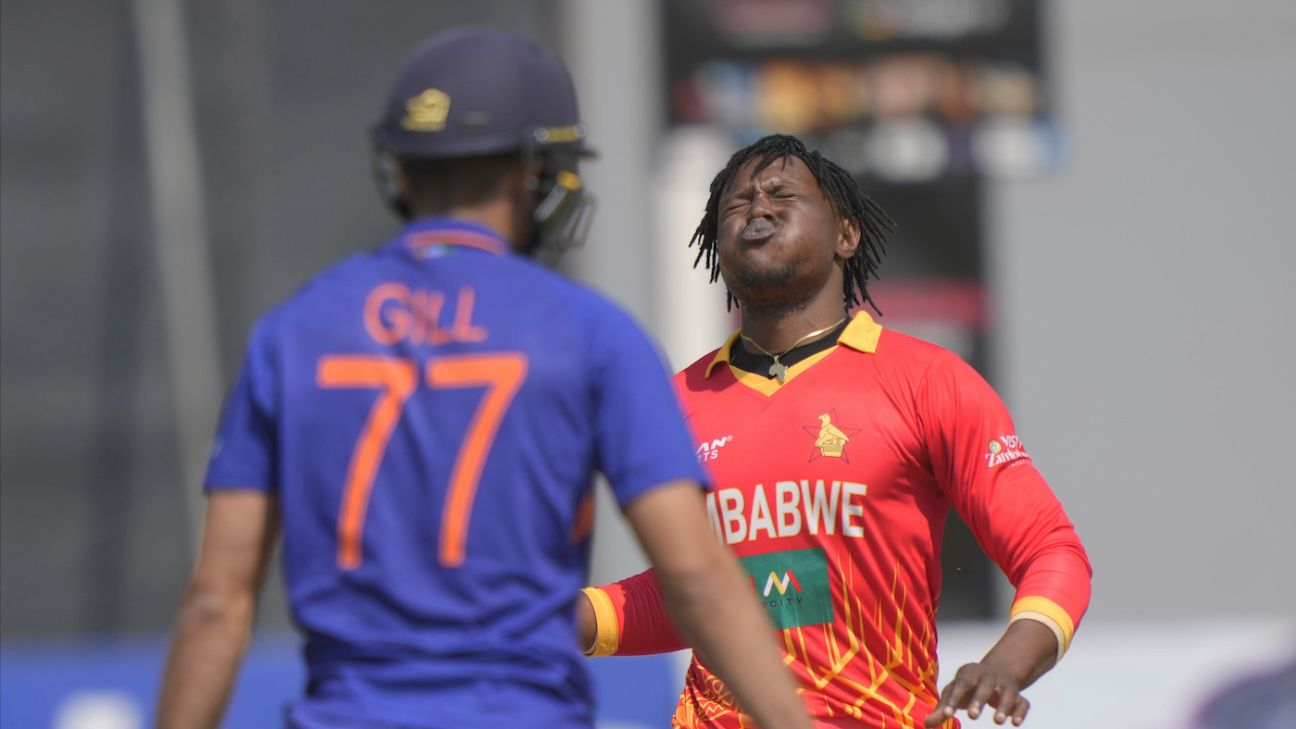 KL Rahul won his third toss in a row this series but decided to bat for a change in a bid to “challenge” the batters against the expected movement in the first hour. Rahul pointed out that it was a “used pitch” in Harare for the third and final ODI against Zimbabwe, and hoped his line-up would get some useful batting time.
Both the teams made two changes each. India left out Mohammed Siraj and Prasidh Krishna, and brought Deepak Chahar back after keeping him out for the second game, and picked Avesh Khan.
Zimbabwe captain Regis Chakabva said he was happy to bowl first, “especially at this time of the year”. Zimbabwe could draw confidence from the fact that they had won the ODI series against Bangladesh by chasing down two big totals.
Their changes included Tony Munyonga coming in for Wessly Madhevere after he scored only 29 runs in his five ODIs this month, and Richard Ngarava replacing Tanaka Chivanga.