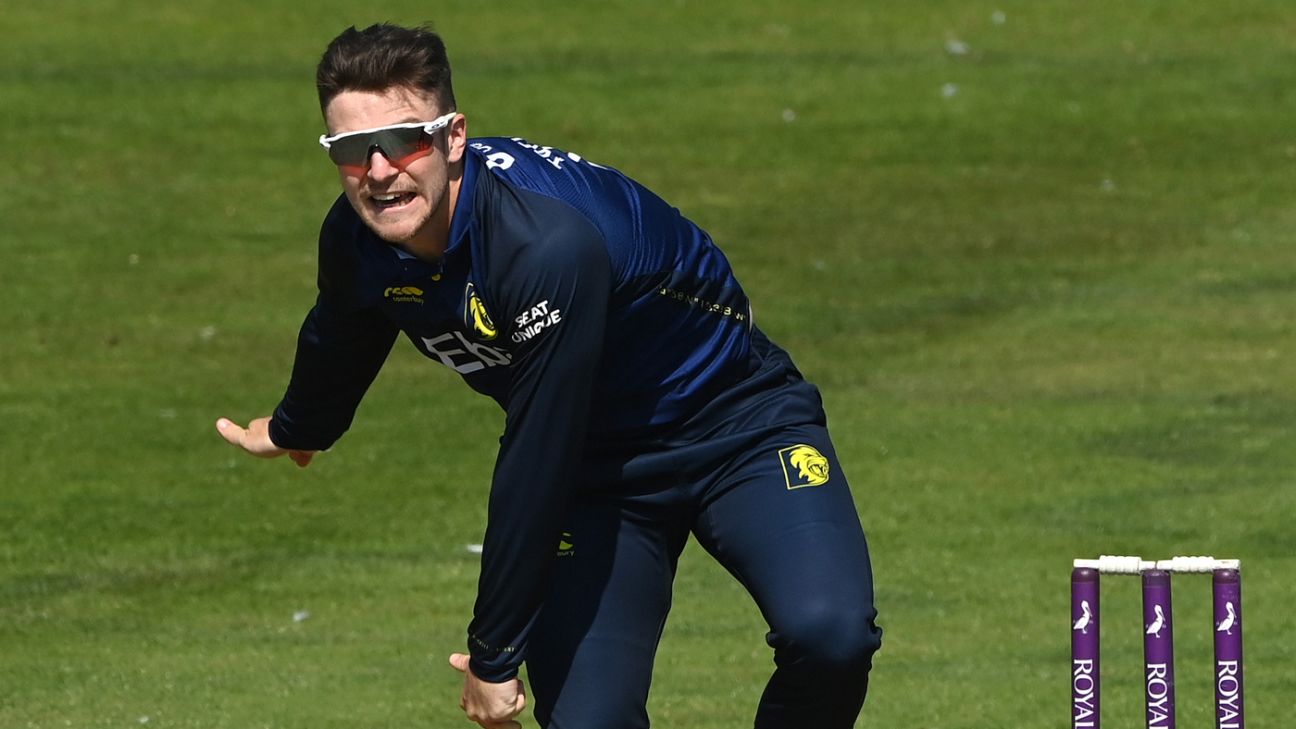 England Lions spinner Liam Patterson-White sparkled with five for 45 as Notts Outlaws bounced back from consecutive defeats to keep their Royal London Cup campaign alive as Durham slumped to a fourth Group A defeat.
The left-arm spinner was representing the Lions against South Africa as the Outlaws suffered losses against Gloucestershire and Middlesex after opening their campaign with two wins and showed how much he had been missed as Durham were bowled out for 226, Liam Trevaskis making 59 not out.

Matt Montgomery top-scored with 54 as the Outlaws prevailed in a tight finish to win by two wickets with two overs to spare, Trevaskis’ tight spell with the ball going unrewarded.

With the two points they had acquired for their solitary win cancelled out by a two-point disciplinary penalty issued on Saturday, Durham have no points from five matches.

Patterson-White made a rapid impact by dismissing Australian former Test batter Nic Maddinson in his second over to end a 68-run second-wicket partnership with Scott Borthwick.

He took his next four wickets in the space of 19 balls between the 20th over and the 26th as Durham slipped from 72 for two to 135 for six, the last two coming from consecutive deliveries before debutant Mitch Killeen – son of former Durham stalwart Neil Killeen – survived the hat-trick ball.

Choosing to bat first on the same pitch that saw 683 runs scored as Middlesex won here on Friday, Durham were a wicket down after four balls as Graham Clark nicked to first slip before the two left-handers, Maddinson and Borthwick, built a decent recovery, the Australian setting the pace with seven boundaries.

But when Patterson-White relieved Zak Chappell as first change at the pavilion end, he removed Maddinson with his 11th ball, pinning him leg before with one that looked to keep a shade low.

Just as Maddinson failed to progress beyond 37, Borthwick fell on 36, lbw as Patterson-White spun one back into his pads, and Sean Dickson became a third leg before victim for the left-armer as he went to slog-sweep. Paul Coughlin edged to slip for 17 and when 19-year-old wicketkeeper Tomas Mackintosh fell first ball, also leg before, Durham were 135 for six.

Killeen helped Trevaskis add 42 in nine overs before he clipped Matt Montgomery’s off-spin straight to midwicket, after which play was held up while a male spectator was treated by medics after a George Drissell six struck him on the head. Thankfully, his injuries were minor.

After Chappell had seen off the Durham tail for figures of three for 51, opener Ben Slater was bowled by a beauty from Chris Rushworth as Notts began their reply.

Sol Budinger’s aggressive instincts took him to 35 off 25 balls, with two of his three sixes going out of the ground, before he miscued Oliver Gibson to be caught at midwicket.

Dane Schadendorf was bowled as Trevaskis came on to bowl his left-arm spin, going down the pitch somewhat recklessly, and though Haseeb Hameed looked in the mood to continue where he left off after Friday’s century against Middlesex he soon departed, caught low down at extra cover as Trevaskis make further inroads.

Lyndon James joined Montgomery to steer a careful path as Durham sought to turn the screw and at the halfway stage the Outlaws required another 95, still four down.

The loss of James for 35 at 150 for five, Rushworth trapping the all-rounder on the crease to end a stand worth 74, kept Durham interested and after Trevaskis had finished three for 35 from 10 overs, Killeen struck with his second ball in senior cricket to bowl Patterson-White and keep the outcome in the balance with 64 still needed.

However, with big-hitting 18-year-old Fateh Singh finding the boundary as easily as he had in his cameo 45 off 22 balls on Friday, the next wicket added 35 in five overs and though Montgomery fell for 54 reverse sweeping Drissell’s off-spin, the target was down to 29 off 61 balls.

Another twist came with Singh’s dismissal for 25, brilliantly caught at short mid-wicket by Dickson with 21 still needed and eight down, but Chappell and Brett Hutton were able to finish the job.