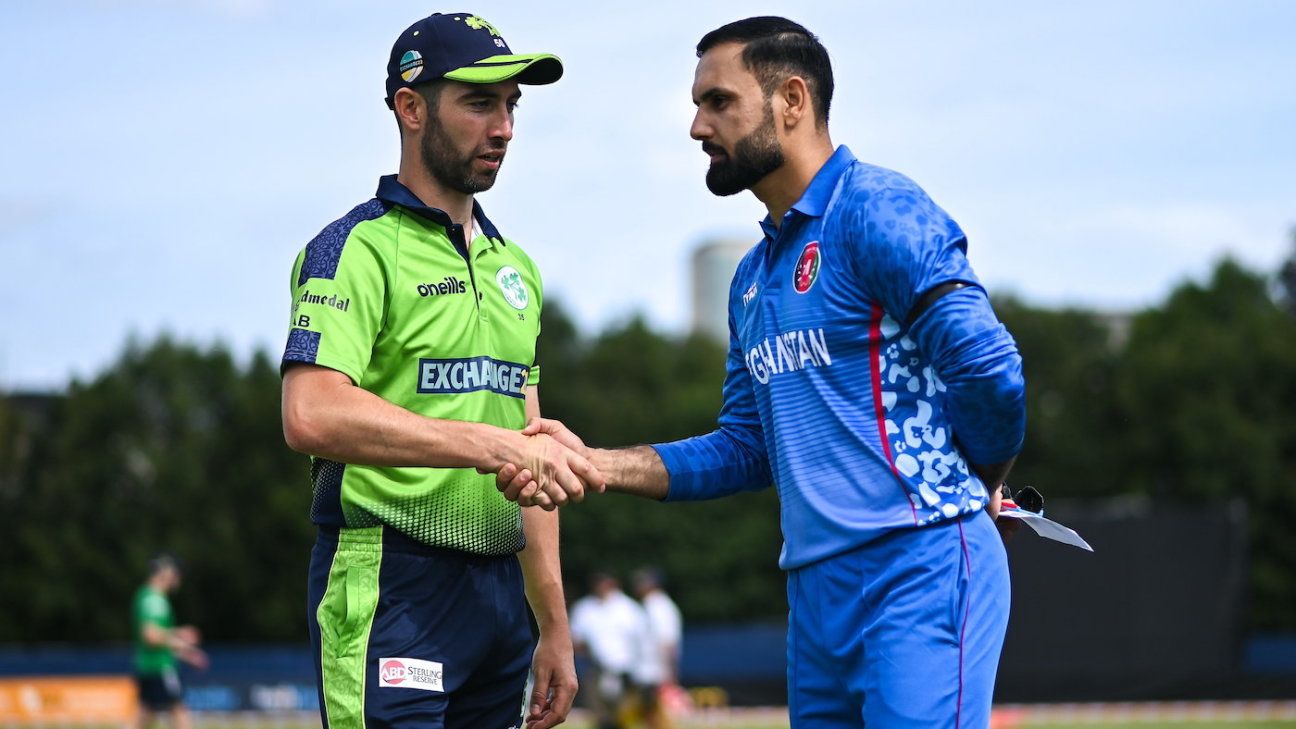 
Afghanistan chose to bat vs Ireland

Afghanistan captain Mohammad Nabi won the toss for the second time in two games and stuck to his decision of batting first against Ireland.

The match is being played on the same Belfast pitch as that for the first T20I, and Nabi said that played a part in his decision to bat first. Afghanistan went in with the same XI that lost in the first T20I.

Ireland captain Andy Balbirnie too wanted to bat first on the dry surface. They too fielded an unchanged XI.