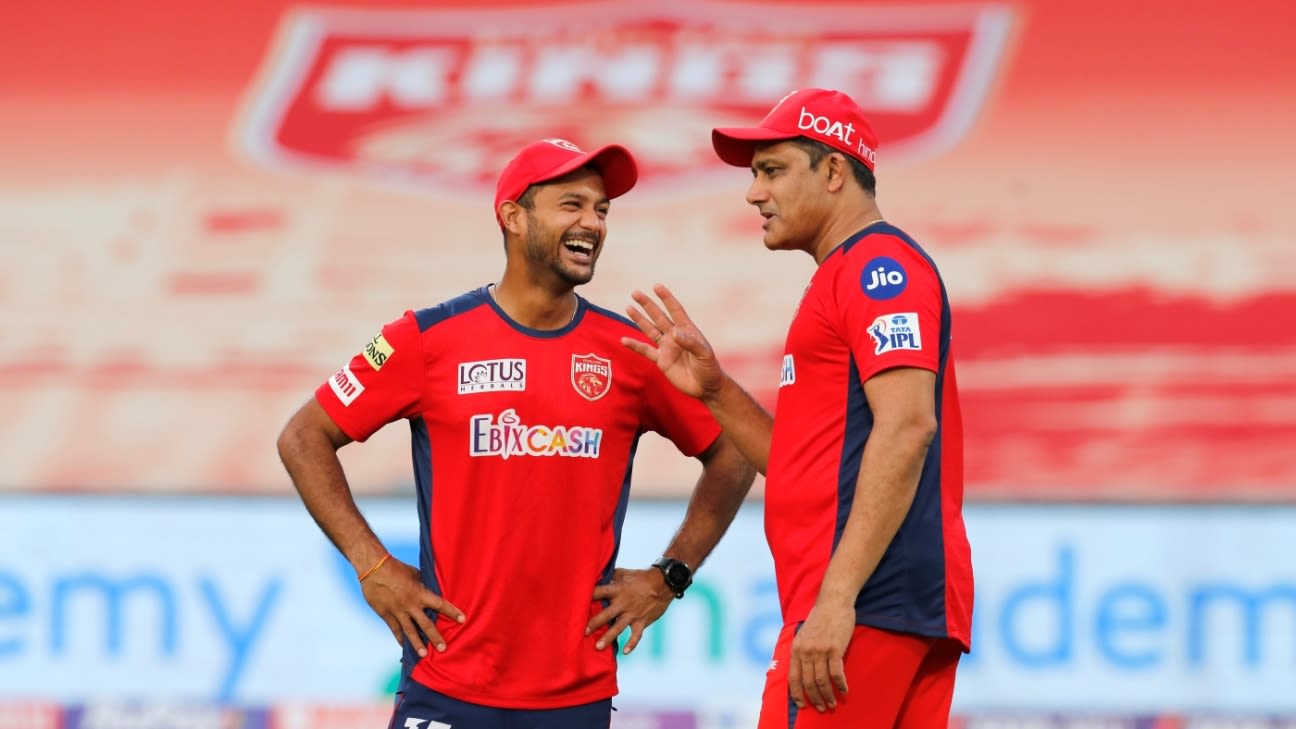 Anil Kumble‘s stint as head coach at Punjab Kings has come to an end after the franchise decided not to renew his contract.

The decision to let Kumble go was taken by a board comprising multiple owners, including Bollywood actor Preity Zinta, industrialists Mohit Burman, Ness Wadia and Karan Paul and Kings’ chief executive officer Satish Menon. It is learnt that they are on the lookout for a new coach, who will be announced soon.

Kumble joined Kings in 2020. In all three of the seaons that he was in charge of the team, they finished in the lower half of the IPL points table: fifth in both 2020 and 2021 when the league comprised eight teams, and sixth in 2022 when it expanded to a ten-team tournament.

In 2020, Kumble was the only Indian head coach in IPL. Kings were the third IPL team he had worked with after his playing days, having earlier served as mentor for Royal Challengers Bangalore and Mumbai Indians. This was before he took the job of India head coach for a year in 2016.

However, being at the helm of the Kings franchise whether as a captain or a coach, has never been an easy experience. Kumble, for example, was in charge of 42 matches. He won 18, lost 22 and tied two games. That is the second worst win-loss ratio for any team in IPL since 2020, only behind Sunrirsers Hyderabad.

One of the original eight teams in the IPL, Kings – erstwhile called Kings XI Punjab – have made the play-offs only twice, including an appearance in the final in 2014.

Ahead of the auction, Kings had retained the Indian pair of Mayank Agarwal and Arshdeep Singh.

ESPNcricinfo experts Ravi Shastri and Daniel Vettori believed the question of whether or not to retain Agarwal as captain would be on top of the review list for Kings ahead of the 2023 season. Shastri felt that the added responsibility had an adverse effect on Agarwal’s output as a batter, which in turn resulted in his missing out on being selected to the Indian team for a T20I series against South Africa in June immediately after the IPL.

Kings have refuted media reports quoting unnamed franchise officials speculating about Agarwal’s future as captain. It has since been learnt, however, that a final call on the matter will be taken by the new head coach.