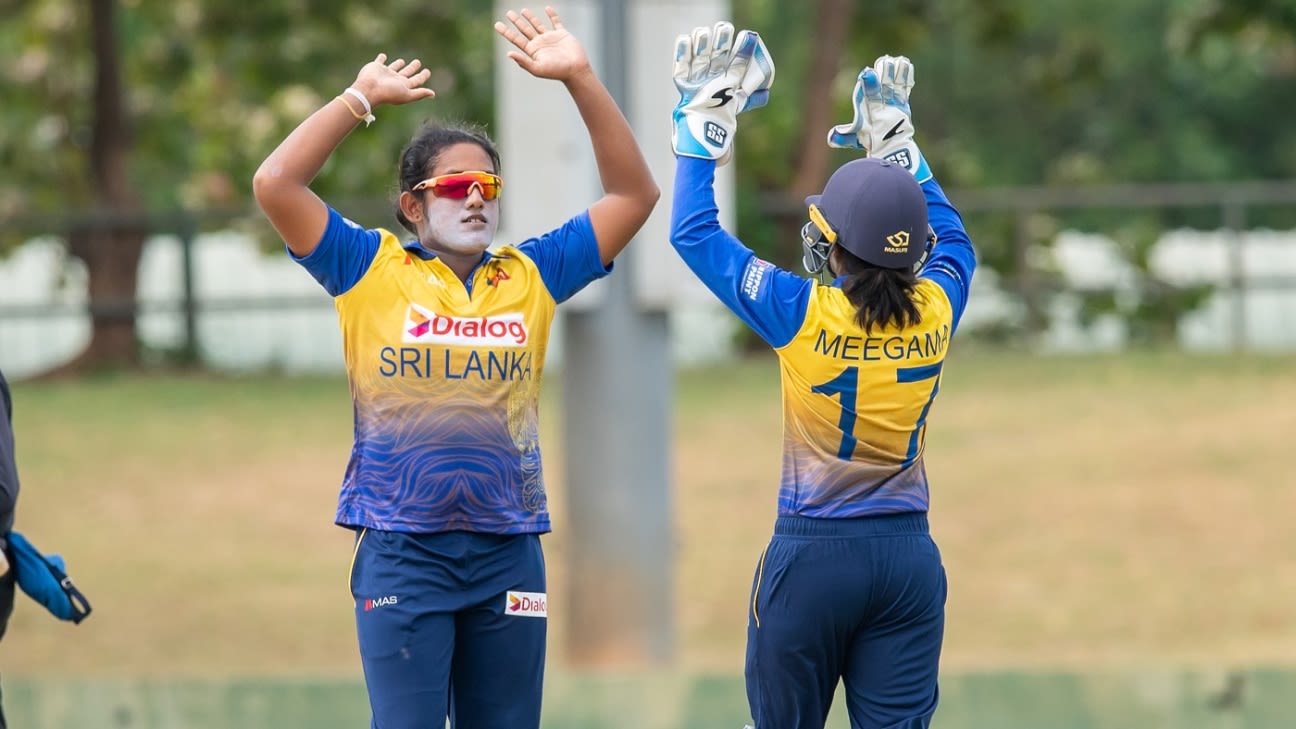 
Sri Lanka have made three changes to the side that travelled to Birmingham for the Commonwealth Games in July-August, as they named their 15-member squad for next month’s Asia Cup.

Twenty-year-old Nuthyangana, who will deputise for Anushka Sanjeewani behind the stumps, has been earmarked as a talent for the future, as has 21-year-old Sewwandi who will take up the left-arm seamer spot vacated by Prabodhani. Methtananda, meanwhile, is in line to make just her second appearance for Sri Lanka, having made her first back in 2019.

Of the changes, the only enforced one is that of the highly-rated allrounder Gunaratne, who is suffering from a suspected stress fracture on her back. Sri Lanka Cricket would have ideally liked to have included her, but a recent MRI had highlighted the injury; SLC decided rather than risk aggravating the injury, to instead focus on having her fit for the inaugural Under-19 Women’s T20 World Cup in January in South Africa.

Both Kanchana and Prabodhani meanwhile have been omitted as a result of poor recent form, though the latter’s game time is also understood to being managed with her having turned 37 just this month.

The rest of the side remains unchanged, with Chamari Athapaththu leading a squad consisting of batters Hasini Perera and Harshitha Samarawickrama, and allrounders Kavisha Dilhari, Nilakshi de Silva, Malsha Shehani and Methtananda, as well as Sanjeewani and Nuthyangana.

Sewwandi will be the lone frontline seamer in the squad, with the likes of Achini Kulasuriya, Methtananda, Nilakshi and Shehani able to chip in with their medium pace.

It’s on the spin-bowling front though that Sri Lanka are relatively well covered, as they will be able to call on veteran left-arm spinners Inoka Ranaweera and Sugandika Kumari, as well as all-round options in the form of Athapaththu, Dilhari and Ranasinghe. There is also Rashmi Silva, an exciting 21-year-old right-arm leg spinner, who is in line to make her T20I debut during the tour.

The Women’s T20 Asia Cup will take place from October 1 to 15 in Bangladesh, with Sri Lanka set to take on India on the opening day.