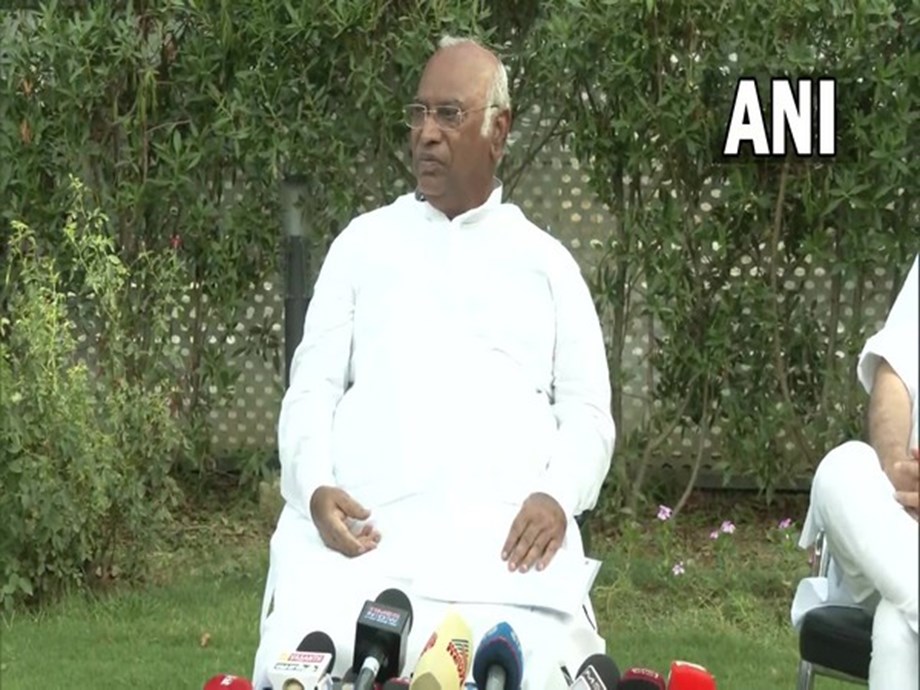 
Leader of Opposition in Rajya Sabha and Congress leader Mallikarjun Kharge on Saturday wrote a letter to Defence Minister Rajnath Singh expressing his inability to be present at the flag hoisting ceremony of 75th Independence Day as he is suffering from COVID-19. “India’s 75 Anniversary of Independence is a historic occasion and moment of immense pride for each one of us. I have been very keen and looking forward to attend the Independence Day Flag hoisting ceremony on 15 August 2022. Much as I wish, as I have tested Covid positive, I am not in a position to attend the Independence Day ceremony and celebrations on 15 August 2022,” Kharge wrote in a letter to Rajnath Singh.

The Defence Minister said, “Even though I would not be able to be physically present, I will be joining the entire Nation in celebrating Independence Day and wishing HAPPY INDEPENDENCE DAY to all on this auspicious occasion.” Congress president Sonia Gandhi on Saturday tested positive for COVID-19 again and will remain in isolation. Earlier this week, her daughter and Congress general secretary Priyanka Gandhi Vadra also tested positive.

On August 10, Congress leader Priyanka Gandhi Vadra on Wednesday announced that she had tested positive for Covid-19, for the second time in three months. Earlier, Priyanka had tested positive, just a day after her mother, Congress President Sonia Gandhi, contracted the disease. Prime Minister Narendra Modi on Saturday urged citizens of the country to share a photo with the Tiranga on the official website of Har Ghar Tiranga to mark the upcoming Independence Day celebrations.

“Overjoyed and proud of the amazing response to the #HarGharTiranga movement. We are seeing record participation from people across different walks of life. This is a great way to mark Azadi Ka Amrit Mahotsav. Do also share your photo with the Tiranga on https://harghartiranga.com,” tweeted Prime Minister Narendra Modi today. Prime Minister Narendra Modi has urged the people of India to hoist the tricolour at their homes between August 13th and 15th to celebrate the 75th Independence Day.

In a tweet on July 22, PM Modi had said, “This year, when we are marking Azadi Ka Amrit Mahotsav, let us strengthen the Har Ghar Tiranga Movement. Hoist the Tricolour or display it in your homes between 13th and 15th August. This movement will deepen our connection with the national flag.” Last month, Prime Minister Modi launched the ‘Har Ghar Tiranga’ campaign to encourage people to bring the Tiranga home and hoist it to mark the 75th year of India’s independence. The idea behind the initiative is to invoke the feeling of patriotism in the hearts of the people and to celebrate Azadi Ka Amrit Mahotsav, the Ministry of Culture said. PM Modi on Friday shared pictures of people taking Tiranga rallies from all over India. Sharing a photo in which hundreds of people took out a Tiranga march, PM Modi said: “This is a great collective effort by the people of Visakhapatnam. I admire the enthusiasm towards #HarGharTiranga.” (ANI)