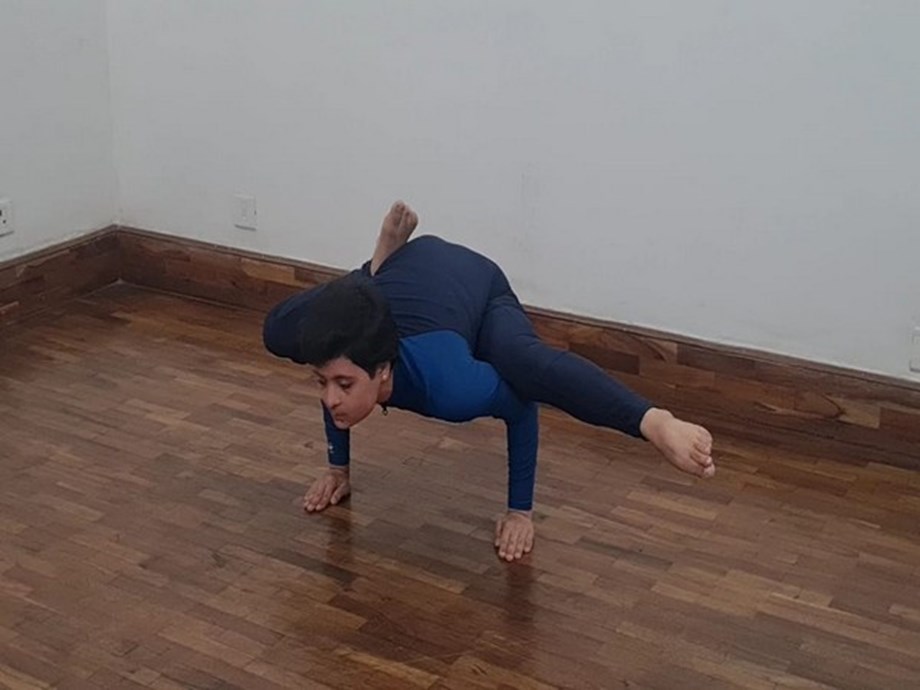 
Despite all odds and challenges in life, Yoga has changed the life of a 14-year-old girl suffering from Down Syndrome with a 75 per cent intellectual disability. In a heartwarming moment on Saturday, Anvi Vijay Zanzarukia, popularly known as ‘Rubber Girl’, met Prime Minister Narendra Modi in Delhi.

“We had lost all hope in life when one day my wife discovered Anvi used to sleep with legs touching her shoulder as it give her relief in pain. That day I noticed flexibility in her body and encouraged her to perform Yoga,” said Anvi’s father Vijay Zanzarukia. He added that practising Yoga has decreased her dependability on medicines.

She had undergone open heart surgery and she is suffering from mitral valve leakage at present. She has a disability in the large intestine due to 21 trisomy and harsh spring disease. She also faces difficulty in speaking. “Yoga has given a new life to our daughter. Every day she practices Yoga for an hour in the morning and evening. In competitions she has performed with other normal children and has won many awards,” said her mother Avani Zanzarukia.

Anvi, a resident of Gujarat’s Surat, is suffering from Down Syndrome with 75 per cent intellectual disability. She won Pradhan Mantri Rashtriya Bal Puraskar on January 24 this year. She was accompanied by her parents who have arrived in Delhi from Surat to participate in an event on Thursday, later they approached the Prime Minister’s Office with a request to meet the PM and they were amazed after they got a call from the Prime Minister’s Office confirming their meeting.

“It is like a dream come true. It was possibly the biggest day of her life where she met PM Modi and performed yoga in front of him,” Anvi’s father Vijay Zanzarukia said. He added that she used to call PM Narendra Modi as “Namo Dada”. During the meeting she performed yoga in front of him, the PM also appreciated her efforts and blessed her with a great future. He has promised to meet her next time when he comes to Gujarat.

“It was like we are sitting with a family member and he (PM Modi) interacted with Anvi and said he will talk about her in Maan ki Baat. He is a very grounded person with a great gesture,” he said. During the meeting, she also got a signature of PM Modi on her Pradhan Mantri Rashtriya Bal Puraskar certificate. (ANI)