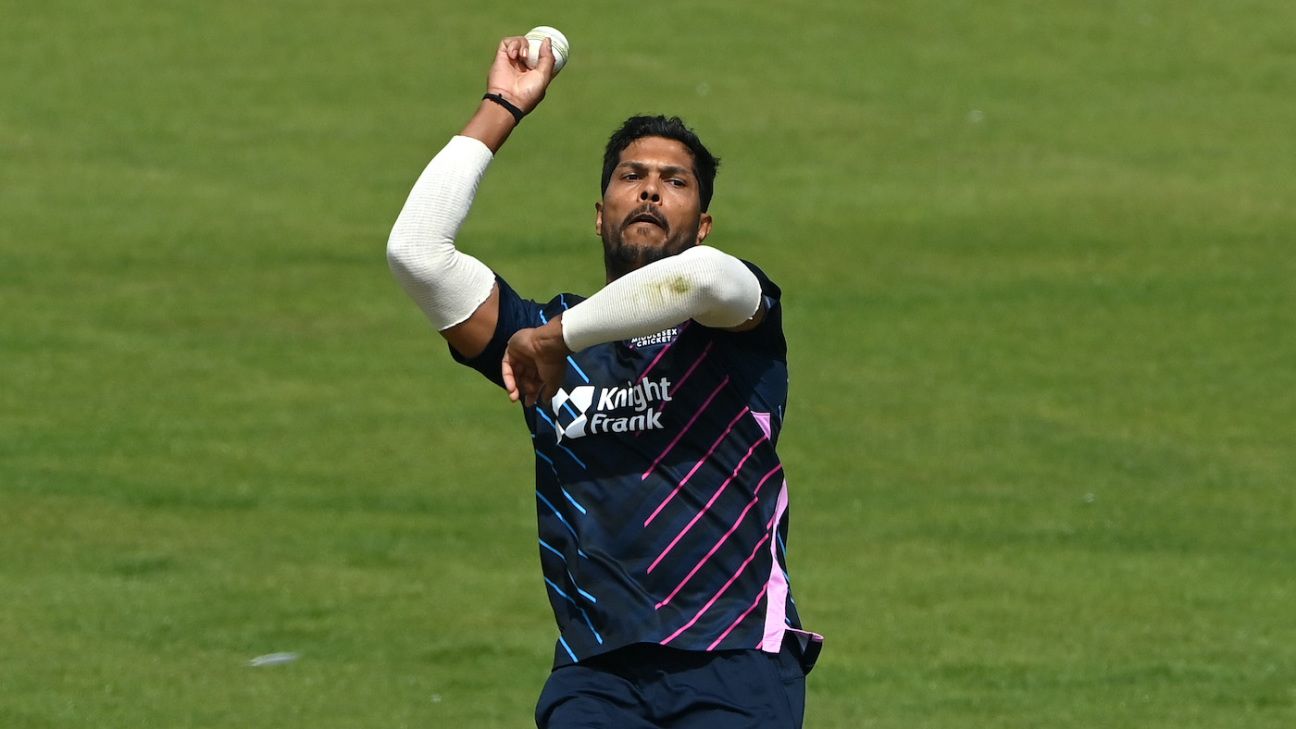 
Umesh Yadav, who suffered an injury during a game for Middlesex against Gloucestershire in the Royal London One-Day Cup last month, has returned to India for rehabilitation at the National Cricket Academy in Bengaluru.

Umesh injured his quad muscles [the group of muscles at the front of the thigh] on August 21. As a result, he will not be available for Middlesex’s last two matches of the County Championships this month, the club said in an official statement.

“Middlesex Cricket regrets to announce that we have been made aware that Umesh Yadav will not be returning to London to finish the season with the Club and will play no further part in Middlesex’s County Championship run in due to an ongoing injury to his quad muscle,” the club statement said. “With two red-ball games remaining in the season, away to Leicestershire next week and away to Worcestershire the following week, Middlesex were hopeful that the Indian international would be returning to the Club to play a part in the push for promotion to the top flight of the Championship structure.”

Middlesex added that Umesh has been assessed by the BCCI medical team and has begun treatment as well as a “bowling programme”.

“After sustaining the injury, the right-arm quick travelled back to India for an assessment with the BCCI’s medical team, where he began treatment and rehabilitation on the injury whilst beginning a back to bowling programme under the watchful eye of the Indian national medical team.”

Umesh, who has taken 158 wickets in 52 Tests and 106 wickets in 75 ODIs, was scheduled to return to London on Saturday ahead of next week’s trip to Leicester but that has changed.