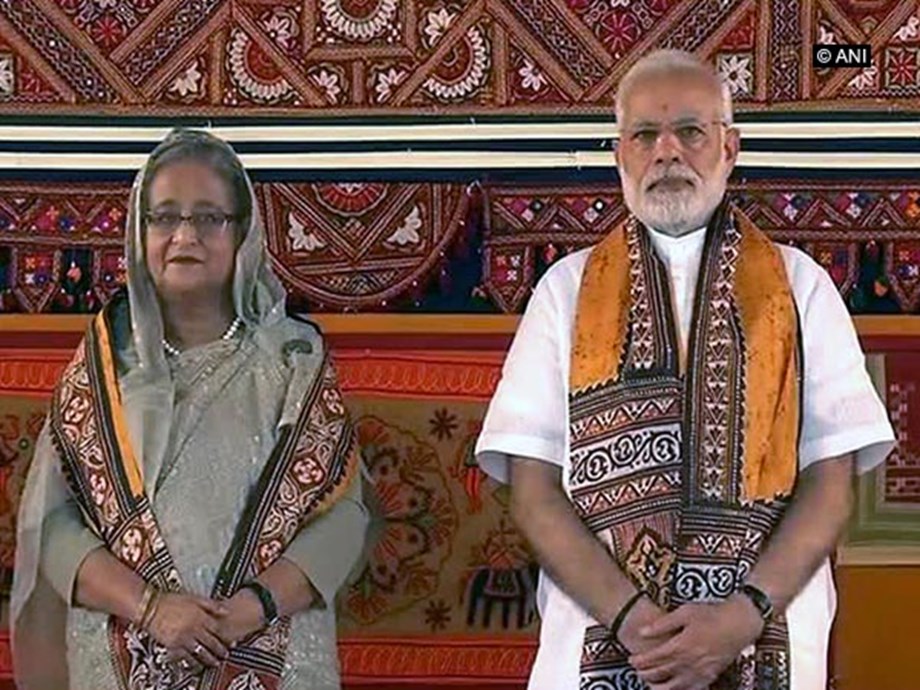 PM Hasina was welcomed by Darshana Jardosh, Minister of State for Textiles and Railways in New Delhi upon her arrival here on Monday. Shiekh Hasina’s visit is crucial and will further strengthen the multifaceted relationship between India and Bangladesh. Bangladesh Prime Minister also got clicked with the dancers who welcomed her. Issues which are on top of the agenda are upgrading defence cooperation, expanding regional connectivity initiatives and establishing stability in South Asia.

Also, the Bangladesh Prime Minister will meet President Droupadi Murmu and Vice President Jagdeep Dhankhar today. This visit is her first visit after both nations’ bilateral relations touched their 50th year in 2021. Last year also marked the 50th anniversary of Bangladesh’s independence and the 100th birth anniversary of Sheikh Mujibur Rahman, the founding father of the nation.

PM Modi visited Bangladesh in 2021. Maitri Diwas celebrations were held in 20 capitals around the world including Delhi and Dhaka. Prime Ministers of both countries have met 12 times since 2015. India and Bangladesh have sought to create a model for regional cooperation besides reviving several connectivity initiatives over the last few years. The Akhaura-Agartala rail link will reopen soon, and it is anticipated that Agartala and Chittagong will be connected by air in a few weeks.

Bangladesh is an important partner under India’s “Neighbourhood First” policy. The cooperation extends to all fields including security, trade & commerce, power & energy, transport & connectivity, science & technology, defence, rivers, and maritime affairs among others. Bangladesh is now India’s biggest trade partner in South Asia. Bilateral trade has grown from USD 9 billion to USD 18 billion in the last five years. Bangladesh has become the fourth largest export destination for India with a growth of over 66 per cent from USD 9.69 billion in FY 2020-21 to USD 16.15 billion in FY 2021-22.

Despite the COVID pandemic, both countries were able to achieve progress on important connectivity initiatives. Bangladesh is India’s largest development partner with nearly one-fourth of the Government of India (GoI) commitment under the GoI Line of Credit (LoC) has been made to Bangladesh. Total contracts have crossed the milestone figure of USD 2 billion and total disbursements have crossed USD 1 billion. Bilateral development assistance projects cover a wide variety of sectors such as railways, roads and transport, power generation and transmission, inland waterways, ports and shipping, economic zones, information and communication technology, petrochemicals, renewable energy, waste management and aviation with a bulk of the projects aimed at improving connectivity.India has been a hub of medical treatment for Bangladesh nationals. Of the 2.8 lakh visas issued in 2021, 2.3 lakh were medical visas. Bangladesh is currently India’s biggest visa operation globally. In 2019, 13.63 lakh visas were issued. (ANI)