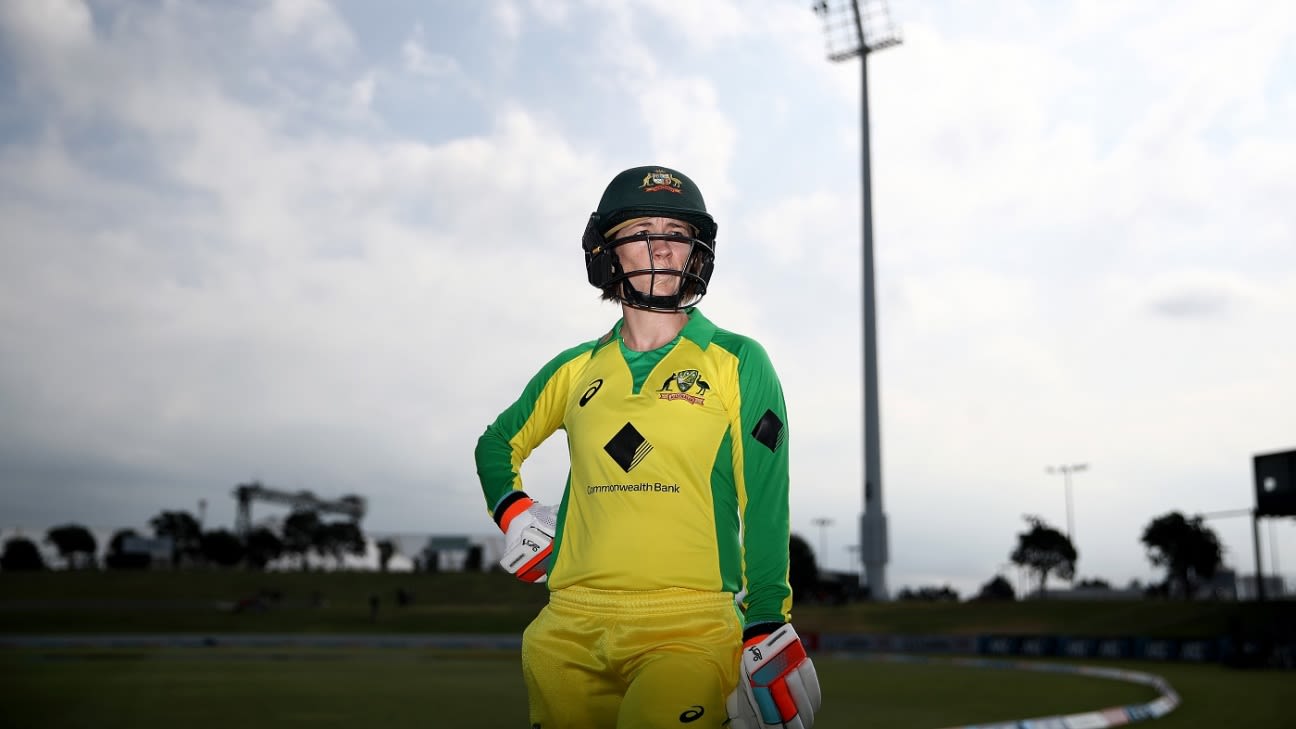 
As she called time on her international career, Rachael Haynes reflected on the “sliding doors” moment where her prolific second phase with Australia nearly didn’t happen.

After being dropped in 2013 Haynes was struggling to combine playing at domestic level and working and in 2016 seriously considered walking away from the sport. However, less than a year later she was recalled to the Australia side for a tour of New Zealand – with two days’ notice – and the rest his history.

“I honestly thought that perhaps I was going to walk away from the game at that time,” Haynes said speaking outside the SCG. “But I had a lot of people get behind me and support me through that period and give me another chance and it’s changed my life and I’m very grateful.

“It’s always tough being dropped from any side as an athlete, because you’re getting told you’re no longer required to do something that you love, so it definitely takes the wind out of your sails. But somewhere along the way, I found my love for the game again and I wanted to give it one last crack.

“It was one of those sliding doors moments where there was a couple of injuries at the time in the team and I was in the right place at the right time. And the thing that I was proud of was that I stayed ready for that moment too. I was able to step into it when it did come.”

While Haynes believes she could have pushed through to next year’s T20 World Cup in South Africa where Australia will defend the title, it was a feeling that she had lost a little of the drive that typified her comeback tale that made her feel it was the right time to retire.

“I had the opportunity to pause and reflect after Commonwealth Games. Looking ahead, knowing it’s a lot of cricket coming up and probably the thing that stood out for me was that I wasn’t that excited about getting ready and that’s probably the first time in my career that I felt like that,” she said.

“I recognised that maybe it was a sign to step away. Perhaps I could have gone on and made it through to the T20 World Cup, but I suppose knowing how I was feeling, I didn’t think it was the right thing to do. In a lot of ways, it’s nice to walk away on my own terms with the experiences of success that I have. I’m very fortunate and to finish off with a gold medal is very special.”

When asked to single out her best innings Haynes went for the half-century against Sri Lanka, in Perth, during the 2020 T20 World Cup when Australia were 10 for 3 with their tournament hanging by a thread following the defeat to India in Sydney. It was a performance that summed up Haynes: being there as a cool head in the toughest moments.

“It probably wasn’t as clean as I hit the ball or anything like that, but it was probably the most important innings that I played,” she said. “I suppose as a player you always want to stand up when your team needs you. I’ve been fortunate at different stages I’ve been able to pull off some crucial innings for the team. That’ll definitely hold a place in my memories. But the most amazing thing is the success I’ve been able to enjoy over a long period of time with this group of players and the Australian team, and also with New South Wales too. It’s tough in some respects to walk away but I also know it’s the right time.”

With uncertainty over when Meg Lanning will return, as vice-captain Haynes could have had the chance to captain Australia again. However, she is confident in the depth of leadership options available for whatever positions need to be filled in the coming months. Australia are not in action again until December when they tour India before facing Pakistan at home in January.

“I don’t want to throw names out there, I don’t want to put anyone under too much pressure or anything,” she said. “One thing I will say, behind the scenes they have been preparing for this moment for a little while now so I think they’ve got plenty of options they can draw on. Comes down to whether they’re thinking short or long term. There are some fantastic leaders within that group who don’t necessarily have the titles at the moment. But I’m looking forward to seeing who that might be.”

On a personal level, Haynes will play a final season for Sydney Thunder – she missed the previous tournament due to injury and border restrictions – then indicated she would take some time away but was hopeful of remaining involved in the sport.

“I’ve been preparing for this moment for a long time,” she said. “I finished my MBA last year so I feel like I’m ready for that next chapter and what that looks like I’m not too sure. But I’m sure I’ll stay involved in cricket in some capacity.

“I feel very fortunate I’ve been able to play through the professionalisation of the game and I can only see it continue to grow. And I’m looking forward to perhaps sitting in the stands now and watching the game.”

Andrew McGlashan is a deputy editor at ESPNcricinfo